I wrote briefly about this book in my last post. Though, I feel that this book deserves its own post.  I read that the author Susan Orlean writes for The New Yorker and this makes terrific sense because this book reads like an extended article in The New Yorker. It is an insightful and thoroughly entertaining book.

The novel revolves around the seven-hour fire that raged through the Los Angeles Central Library on April 29, 1986, destroying or damaging more than a million books.

What I loved the most, though, were the facts, trivia and anecdotes that Orleans wrote about in the novel.

Orlean writes about SCAN (Southern California Answering Network) which was popular both locally and nationally. The SCAN librarians kept records of the requests they received. As a librarian, I love the requests. I love that people would be pondering a question and they would call the library to receive an answer. How wonderful. Here are some of the requests.

Patron called. Wanted to know how to say “The necktie is in  the bathtub” in  Swedish. He was writing a script.

Of course, with the advent of Google, these types of reference departments are no longer needed, but I wish they still did exist.

Being a librarian, I found the history of the different librarians wonderful. One of my favourites being Mary Jones – a fascinating woman who made some remarkable and innovative decisions in her time. She was sacked by the board because they wanted to replace her with a male (this was a perfectly acceptable reason to be sacked at this time). Her replacement walked from Ohio to Los Angeles. His name was Charles Lummis and he was a newspaper reporter who was completely unqualified for the position of head librarian.

When his appointment as city librarian of Los Angeles was announced in 1905, the Los Angeles Times editorial board argued he was unfit for the job because he had “never set foot in a library school, wore eccentric corduroy suits and was known to drink and swear on occasion.”

I was recently told that there are talks to make this book into a movie. I am not sure if I like this idea. What makes this book so wonderful is all the “extra” bits and pieces that Orlean delivers. She tells the story of the library fire and the main suspect and that story is endlessly fascinating and I imagine would make a great movie, but there is more to this book and it is all the bits and pieces that Orleans throws in and that makes this book so interesting. You will endlessly annoy those around you by reading out loud from the book constantly. Orlean writes about a 24-hour telethon attended by many celebrities in 1987, including Charlton Heston who read from “Moby Dick”. She writes about how movie studios were “major book-pinching culprits”. Rather than checking books out in the traditional sense and abiding by the due date, they would send two assistants – one assistant would throw the book out the window to another assistant.

Susan Orlean has written quite simply a masterpiece. She has taken us through the history of the Los Angeles library – which is intriguing. She has told of the story of the fire in 1986 and of the main suspect Harry Peak, which I imagine would be the crux of any movie that would be made. But most importantly she has written of her love for libraries and books.

The Library Book is an ode to all libraries. It is a special book. It is a beautiful book. It is a book that will remind us all of why a library is the heart of a city, a town or a school. Thank you, Susan Orlean, for this book which is a gift to everyone who loves libraries. 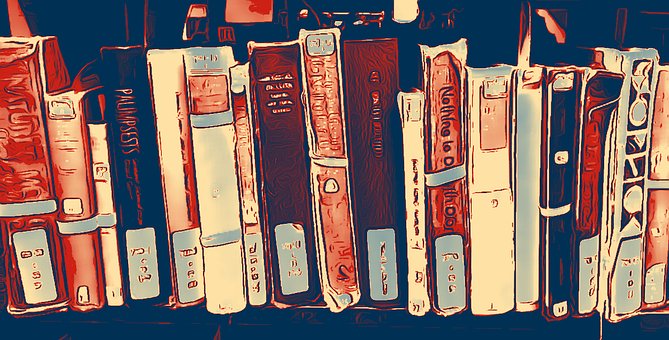