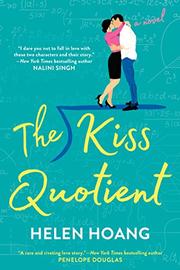 A woman with Asperger’s falls in love with the escort she hires to teach her about sex and relationships.

Stella Lane’s job as an econometrician is perfectly satisfying, but now that she’s 30, her mother expects her to look for a husband and start producing babies. Stella has never enjoyed dating or sex, so when a male colleague she’s cautiously interested in rudely suggests she should “get some practice,” she takes his advice to heart. Enter Michael Phan, a man as gorgeous as any K-drama star, who abandoned his promising career as a fashion designer and started escorting to pay for his mother’s cancer treatments. At their first appointment, Michael refuses to rush into sex with a woman so frozen with discomfort, regardless of whether or not she’s paid him. Stella, both deeply attracted to him and grateful for his kindness, asks him to consider a long-term arrangement. Michael is hesitant after a past experience with a stalker client, but he recognizes her vulnerability and is overcome by an instinct to protect her. Hoang is sure-footed in her character development; Michael and Stella both have robust, sympathetic stories and complicated, loving families. The initial sizzling sexual chemistry deepens into a satisfying romantic relationship. Both of them are plagued with insecurities even though they are generous and nonjudgmental with each other. Stella is nervous about revealing her Asperger’s to Michael, but he accepts her unconditionally. Michael keeps his escorting a secret from his family and struggles to separate his own identity from that of his con-man father, but Stella judges him on his own merits. An unnecessary late-stage plot twist feels forced and inorganic, but it’s a small misstep.

A well-crafted and charming debut romance.

When I want to read an honest review of a book, my go-to reviews is Kirkus Reviews. I find their reviews concise and truthful. The majority of the time, I feel we are on the same page, but not this time.

I couldn’t connect with The Kiss Quotient. I wanted a fun holiday read and instead, I found myself cringing and wanting it all to end. The Kiss Quotient isn’t a terrible book, it is well written and I am in the minority for not liking this book. This book is LOVED. I think many, many years ago I would have loved this book and I would have been caught up in the romance and attraction of Stella and Michael, but I am not that reader any more. Which I think is a good thing. I am a different reader these days. I would highly recommend this book if you like fun, well-written romances.

There were many reasons I didn’t like The Kiss Quotient, but I will limit it to three.

Michael ALWAYS drives – always. There isn’t even a discussion. Not once does Stella ever say that she doesn’t like driving and she would prefer Michael to drive. He always assumes the position of the driver. This bugged me a lot!

They didn’t approve of me at first. Why would they want him marrying a Vietnamese girl with only an eighth-grade education who barely spoke English?…

“I didn’t know that…” It made him look at his grandparents in a new, rather unfavourable light.

Michael learns that his grandparents on his father’s side didn’t like his mother…at first. Obviously, his grandparents came around, which says a lot for them as people, but Michael decides that he’s going to think less of his grandparents because they were worried about who was marrying. Why was this important to the storyline? Are we supposed to think more of Michael because this makes him enlightened? This is barely a blip in the storyline, but it irked me.

Her petite body was composed of elegant shoulders and arms, a little waist that flared to gently curved hips, and shapely legs with delicate ankles.

It irritated me that Stella and Michael were both stunning. I am not sure why this annoyed me so much, but both of them were drop-dead gorgeous and I couldn’t quite relate to either of them because of this. I know that I watch movies and TV shows all the time where the characters are gorgeous, so why did it bother me so much that Stella and Michael were so attractive? Maybe because I found it all so unrelatable and I found the characters were very stereotyped. Stella is a gorgeous, petite and smart econometrician and Michael is the sexy biracial Viet-Swedish escort. My eyes are rolling into the back of my head as I write that sentence. Oh, but apparently Stella is autistic, so that makes her relatable and Michael has issues because of his father, so he’s flawed too. Once again, eye roll. Oh, and I forgot to add that; apparently, Stella is “quirky” – need I say more.